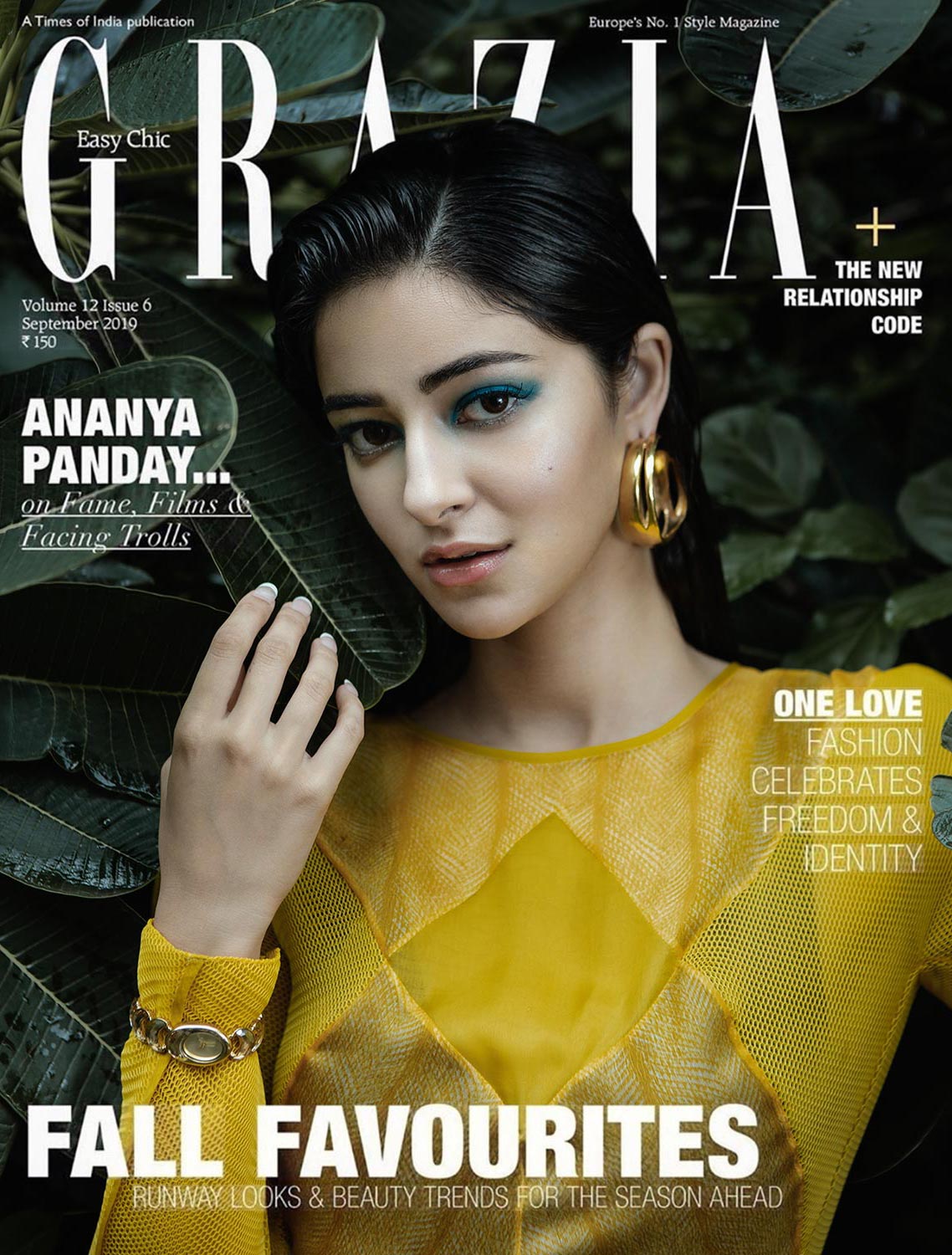 Ananya Pandey on the cover of Grazia India September 2019

Fashion director Pasham Alwani told me this was supposed to be a “Goan Monsoon” shoot. However we had an issue with scheduling dates and we opted for a location in Mumbai instead. Now whoever has been in Mumbai they know that there are hardly any parts that may look like Goa, but producer Parul Menezes and P Production found the perfect spot!

On the day of the shoot however July Monsoons were in full fledge and it was raining rivers that day! We got to the location and it was raining so hard I thought this shoot would be impossible to happen. Pasham Alwani is one of the most positive and calm people I have met and sometimes I swear that positivity controls the elements. “It will stop” she kept saying calmly, like she had done in similar occasions in the past when the weather was not on our side. By the time Ananya was ready, the rain had stopped!!!!

Ananya Pandey stepped out of the vanity full of energy and good vibes, not worried about the weather. Pompy Hans had done her hair and make up looking amazing and she slayed every look we gave her. This was the second time I was working with Ananya and it felt like we had done so hundreds of times before. The shoot was very quick and we were done in a couple of hours.

If I don’t have to deal with rain, cloudy weather is my favorite to shoot on location. I don’t have to worry about the light changing, about mid-day harsh shadows. It offers a mysterious and sexy atmosphere to the photos. We shot the entire thing on natural light exept the cover where I used a profoto B10 with a small white umbrella with a difuser. We put Ananya in a corner full of plants and the light was not enough for the punch I needed the cover to have.

Beauty Shoot
Aesthetically I love strong contrasts and when conditions are giving me nice clean sharp sunlight the results are almost every time pleasing.

Personal Shoot
To focus on personal work means you break free of the rules that come with the assigned projects. Everyone is free to be a bit risky and creative, think outside the box and pitch in ideas.